What Should You Not Do During A Tornado?

If you find yourself in the middle of extreme weather or a tornado, the things you don’t do is equally important as what you do. Tornado safety requires quick action to get the designated evacuation area. Time is gold, and it shouldn’t be wasted doing things that will only cause you and your family fatality.

What should you not do during a tornado? Do not go near a window or open it. Tornadoes come with a massive force of the wind, and it can break things in just one sweep. You will find yourself getting caught with the debris and shards of glasses if you get near your windows.

Latter in this article is information about tornadoes along with the do’s and don’ts that you need to apply for a higher chance of survival.

What Is A Tornado?

Tornadoes are one of the most destructive and powerful types of weather. It is characterized as a violently rotating column of air that forms like a funnel. It is often seen when the sky is dark with a touch of green, developing huge chunks of dark clouds on top of it. When the funnel-shaped hit the grounds is a massive force that can break buildings, knock down trees, and can even toss cars up in the air.

The Dont’s Of Tornado Safety

When it comes to natural disasters like a tornado, survival will be anyone’s game. You have to put yourself out there and do whatever you can for a higher survival rate. You’ll never know what to expect, but you should not succumb to stupid mistakes that will lead you and your family to casualty.

By the time you spot on a tornado, it might be too late to go to the safety area since tornadoes can be unpredictable and usually can get bigger in just amount of seconds. Be aware that tornadoes can blend in with the massive thunderstorm, so by the time you can visually confirm it. It’s going to be late.

Always be alert with your surroundings and take cover. It is what it is. You have to do what you can for you to survive.

There are so many alert warnings who turn out to be false alarms. But how will you know it’s a false alarm? It is always recommended that once you hear those alarms, you go into your storm shelter place or any government-mandated evacuation area to be sure. Warnings shouldn’t be brushed off. It needs to be followed. Warnings are the key to your survival and it is way better to be safe than sorry.

Opening And Looking Out The Window

In most movies we have seen, windows are a big no-no. But still, most people look out their window if they hear a tornado warning to get a glimpse of it, some even want to take a photo of it. That is a big mistake! Windows can be easily broken, and the debris together with the shards of broken glass can come right at you.

It’s a big myth that opening windows can relieve the pressure, and they will not shatter. Opening windows not only is dangerous but also it will let the wind inside and can destroy the internal support of your house. The bottom line closed all your windows!

A tornado has an average speed of 10 to 20 miles per hour when it reaches the ground. It can reach also reach up to 60 miles per hour. If you think you can outrun a tornado in your car. Think again! Your chance of survival will be zero.

Upon hearing a tornado warning, the important thing to do is to seek shelter and stay indoors. You’ll have more chances of surviving when you are inside. If you are in the middle of the road and can’t find any shelter, stay in your car, fasten up your seatbelt, and if possible, park to a place below the level of the road.

Don’t Seek Shelter Under An Overpass

When a tornado hits your local area, people think that it’s a great idea to park or seek refuge under an overpass to avoid getting the debris and hail. But when the tornado siren comes along, that’s the last place you want to be. As wind forces through a tunnel or overpass, the speed increases.

When you are inside a car, and a tornado warning is issued, pull over and get out of the car as much as possible. Do it like flat in a low ditch away from nay car or trees that might hit you. Always check local news when you’re traveling and make sure to have a portable weather radio for convenience.

Elevator Are Off Limits

Unless you want to be stuck in an elevator forever, avoid it as much as possible when a tornado hits the area. There’s a big chance that the power will be out, and you won’t be able to use elevators.

Always take the stairs. It is the safest route you can take during this calamity. A power outage will likely happen, so it is important to use emergency stairs that are mandatory in every office buildings.

Supplies are important for your survival, but it should have been placed and organized in your safe shelter prior. Scrambling for supplies when you should be prioritizing your safety is a big mistake. Supplies can come and go, but you only live once.

Prepare a severe weather emergency kit in advance and keep it stored in your shelter area for a higher chance of survival for you and your family.

To conclude, tornadoes are deadly, and no one can predict its strength before it touches the surface. Always keep up with your local weather, especially look out for thunderstorms forecast, it can give you an idea if a tornado will likely happen. Shelter area is important and makes sure to stock them with enough supplies that can last for weeks because you will never know when this will be over. 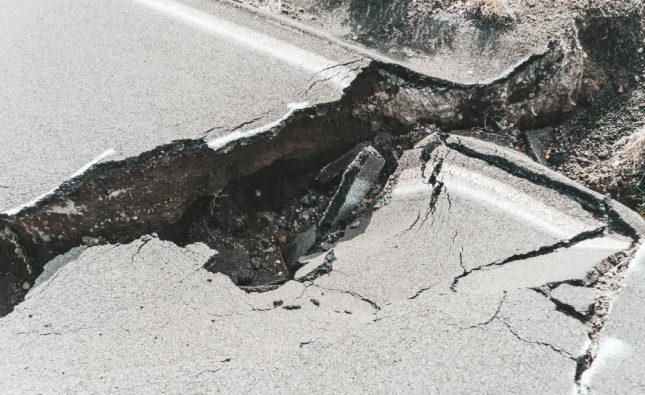 Where Is The Safest Place To Be During An Earthquake? 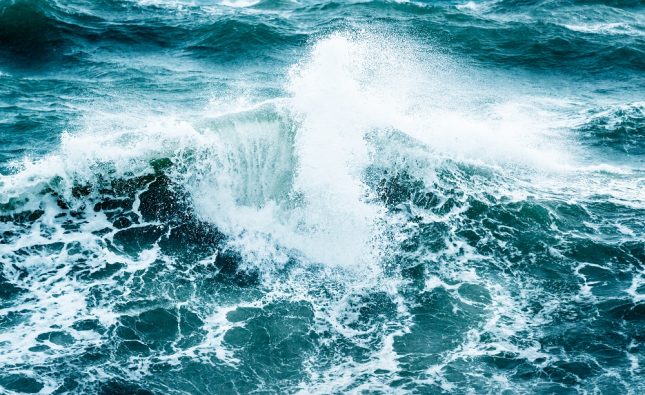 Where Is The Safest Place To Be During A Hurricane? 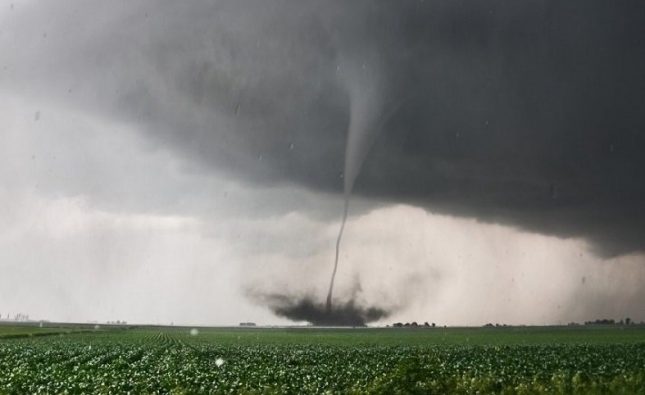 What Happens If You Get Sucked Into A Tornado?